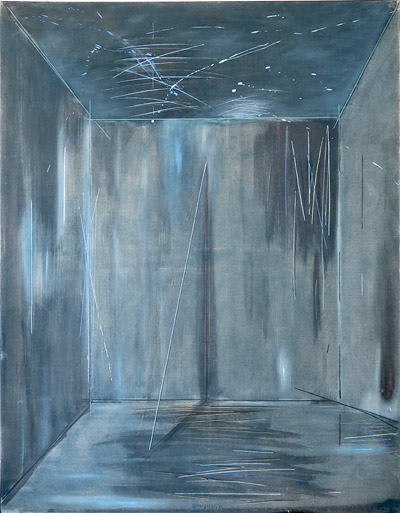 Juhana Blomstedt (1937-2010) is one of the central figures in Finnish abstract art whose career extended over five decades. Following studies at the Finnish Academy of Fine Arts in 1957-61, including with Finnish artist Sam Vanni, Blomstedt emerged as one of the leading proponents of abstract painting in his generation. After his initial breakthrough in a group exhibition for young artists in 1966, Blomstedt moved to Paris, in part, because of his interest in the work of the Hungarian-born artist Victor Vasarely. Blomstedt had his first one-person exhibition in Paris in 1967 and made Paris his home until his return to Finland in 1981, with the exception of a year spent teaching in the United States in 1971-72. Blomstedt also spent longer periods working in Rome and Cape Town as well as in various other locations in southern Europe and Africa.

In the past few decades, Blomstedt became one of the internationally best known Finnish artists, exhibiting literally around the world. In 1982, Blomstedt represented Finland at the Venice Biennale and, in 1989, he was chosen as the Artist of the Year by the Helsinki Festival.

Henrik Otto Donner and Juhana Blomstedt were life-long friends and colleagues having started their collaborations already in connection with some of the first cross-cultural "happenings" organized in Finland in the mid-1960s as well as various theatrical, television and film productions.