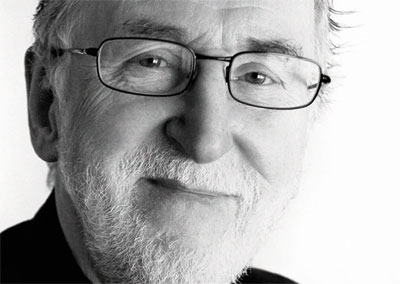 Despite the title, this recording does not represent the final conclusions of Juhani Aaltonen´s career. To the contrary, there already have been and undoubtedly will continue to be further chapters added to the story. However, as Aaltonen himself feels that this recording represents a summation of sorts of his career spanning over five decades and as we are approaching the 75th anniversary of his birth in 1935, it seems appropriate to take stock of the past.

When Juhani Aaltonen first moved to Helsinki in 1961, to start his music studies and his professional career as a free-lance musician, he also soon came to know and play with a small group of like-minded contemporaries who were together learning the language of the emerging "free" or "avant-garde" jazz. Among the very first of them was Reino Laine, the drummer of the Juhani Aaltonen Quartet. Aaltonen and Laine were both members of a small circle of young musicians who met and practiced in a basement rehearsal space in Helsinki´s Kurvi area. Others included saxophonists Seppo "Baron" Paakkunainen and Pekka Pöyry, pianist Eero Ojanen, bassists Teppo Hauta-aho and Pekka Sarmanto and, a bit later, drummer Edward Vesala. They all had individual rehearsal time allocated to them but also started rehearsing together as an ever-changing group and even organized informal jam sessions where an audience was sometimes invited, space permitting.

Many of these musicians, Aaltonen and Laine among them, were inspired by two legendary visits of John Coltrane in Helsinki around that time (with his quintet including Eric Dolphy in 1961 and with his classic quartet in 1962) and, together, they began applying in their own music what they had heard at those concerts and other similar events that introduced them to this evolving new music more or less in real time. The sessions in the basement rehearsal space in Kurvi assumed a new sense of urgency. It was also there that Aaltonen and Laine first used to play as a duo, something that they occasionally continued to do over the years but did not do in public until almost five decades later at the Tampere Jazz Happening in 2009. Later, the basement rehearsal space was largely taken over by Vesala and Aaltonen who continued to work on their craft together.

While temperamentally very different - Vesala often explosive and unpredictable whereas Aaltonen more reserved and almost painfully shy - the two were brought together by a common vision and purpose. In Aaltonen, Vesala found the voice that best gave expression to his compositions and his vision of improvised music firmly rooted in the Finnish nature. Aaltonen remembers his practice sessions with Vesala as intense. "We used to practice day after day, hours and hours at a time. The approach was very much one of take no prisoners´. It was like playing with a knife on your throat. Even if we were playing a standard or a ballad, we could go on for an hour or more", says Aaltonen. "The music was a continuous outpouring of a melody and emotion. The intensity was always there. We kept pushing each other and would never let go of the energy".

In addition to his collaboration with Vesala, Juhani Aaltonen´s career has been characterized by his close cooperation with trumpeter Henrik Otto Donner and pianist Heikki Sarmanto, with both of them using Aaltonen as one of their principal soloists throughout virtually their entire careers. Aaltonen´s collaboration with both began already in the 1960s and still continues today. "I always learn something new from both Otto and Heikki", says Aaltonen. "For me, Otto is like an architect who continuously molds the structure of his compositions. He is a true professional but, at the same time, he has a deep understanding of the history of modern jazz - Tadd Dameron, Miles Davis, Charles Mingus et.al. His music smells and tastes like real jazz. Heikki, on the other hand, is a great romantic, a master of the melody, who has served to strengthen that aspect in my own playing".

Although different in many ways, Aaltonen feels that Vesala, Donner and Sarmanto also had something in common: "From the very beginning, all three of them had a real fire in their soul, an ability to throw themselves into a situation, to take risks. Also, they all share a great sense of drama, an ability to reach deep into their emotions through their music". These are also some of the learnings from the past that Aaltonen has brought into his own music, first through the Juhani Aaltonen Trio beginning in 2001 and now through the Juhani Aaltonen Quartet.

In its personnel, the Juhani Aaltonen Quartet can be seen as a link to all key periods in Aaltonen´s career as an improvising musician. First, Reino Laine, who over the years played in various trios and quartets led by Aaltonen, has reemerged and, after a break of more than ten years, is back playing regularly with Aaltonen. Aaltonen says that playing with Laine is "particularly easy because of our long relationship and the familiarity that we have with each other´s playing styles and personalities. Reiska always follows me wherever I go but, at the same time, he also helps the music develop and feeds me with fresh ideas that push the music forward, often into unexpected directions. I do not enjoy a drummer that ties me down but I still need that steady support".

If Reino Laine provides a link to the 1960s and the 1970s, then Iro Haarla in some ways represents a connection to the next phase in Aaltonen´s career in the 1970s and the early 1980s. This was the period when Aaltonen, together with trumpeter Tomasz Stanko, was the principal soloist in the various groups and larger ensembles led by Edward Vesala. At the time, beginning in the late 1970s, Haarla started creating an increasingly important position for herself in these same groups and ensembles and also came to perform frequently with Aaltonen. Haarla´s first appearance on a Juhani Aaltonen recording was already on the Springbird album that was arranged and produced by Vesala in 1979, and they were both featured on a number of later recordings by Vesala himself. Perhaps most importantly, they also played together as a trio with Vesala in the early 1980s even performing at the Pori Jazz Festival with that group. Aaltonen believes that Haarla represents an extremely important element in the Juhani Aaltonen Quartet both as a composer and as a musician. "Iro combines her background as a composer with her piano and harp playing", Aaltonen says. "She uses her instruments as an orchestrator, filling space where called for but also leaving room for the music to breathe. With a few well-chosen notes, she can take you in a new direction as an accompanist while also being a strong solo voice in her own right".
Finally, Ulf Krokfors can be seen as a representative of the past decade in Aaltonen´s career. Indeed, it was Krokfors who, together with drummer Tom Nekljudow, lured Aaltonen back into regular performing through the founding of the Juhani Aaltonen Trio in 2001. Today, "Uffe is the anchor of the group, while also offering an important voice as a composer and soloist", says Aaltonen. "Uffe´s role was extremely central to our trio and again to this quartet. In the last decade, we have come to know each other so well that it hardly feels like we have played together the least amount of time among all four of us".

One of the true wonders of Juhani Aaltonen´s playing today is that, while it seems stronger and more purposeful than ever, it has also assumed a new effortlessness at this late stage in his career. Where, in the past, performing was in many ways challenging for Aaltonen, who suffered from stage fright and constant self-doubt, and the very act of playing often seemed like an outpouring of pain and anguish, Aaltonen now looks forward to performing, communicates easily with the audiences - both verbally and musically - and finds playing his instruments also technically easier than ever. This same feeling of ease and effortlessness characterizes the music of the Juhani Aaltonen Quartet. Even more than with the Juhani Aaltonen Trio, a certain calm has entered the music. While still strong and, at times, highly emotional, the music has assumed a healing, peaceful quality.
So, with this recording, Aaltonen presents some of the conclusions of the long journey behind him. Those of us who have come to know him along the way are richer for that experience.