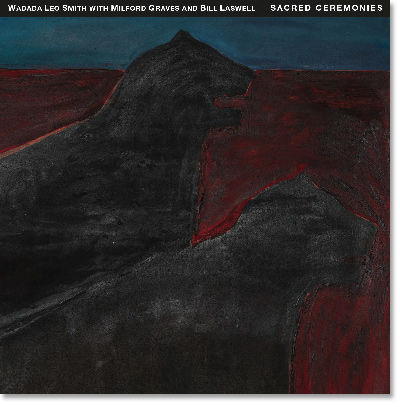 Sacred Ceremonies brings together three distinct and highly influential movements in contemporary creative music, convening in a once-in-a-lifetime meeting of wholly singular minds. Wadada Leo Smith was a member of the first generation of composers and musicians to come out of the Association for the Advancement of Creative Musicians (AACM) in Chicago in the 1960s whereas Milford Graves was an important proponent of the "new music" or "free jazz" movement in New York City during the same decade. Bill Laswell in turn was an integral part of the Downtown scene in New York City in the 1970s. From those early days, they have each long since forged a totally unique personal approach to making music and have now together created a collection of music that transcends any easily definable influences.